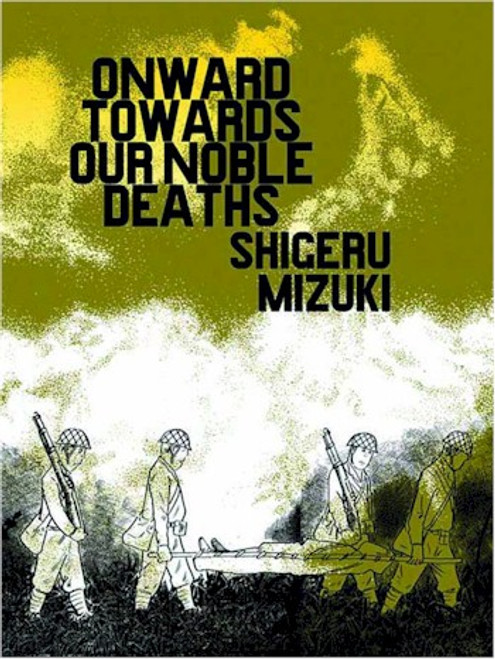 FROM THE PREEMINENT AND MOST FAMOUS LIVING JAPANESE CARTOONIST

WITH AN INTRODUCTION BY FREDERIK L. SCHODT

ONWARD TOWARDS OUR NOBLE DEATHS IS A FICTIONALIZED MEMOIR OF Shigeru Mizuki's time served in the Imperial Army in World War II> Set against the tropical island backdrop of the South Pacific, the story explores the camaraderie of the troops dealing not only with the nightmarish realities of war like hunger, disease and death, but also the devastating consequences of the gyokusai dictate of the Imperial Army - that one must die for their country at all costs, if not in battle then by suicide. Balancing humor and horror, realism and cartooning, Mizuki deftly addresses and critiques the moral depravity of war. First published in 1973, his groundbreaking graphic novel was one of the first fully formed accounts of war told in the comics format, and remains equally compelling almost forty years later. Mizuki has been published around the world and is one of the best known and lauded artists in Japan; there is even a popular daily television show about him and his wife. This is his first book to be translated into English.