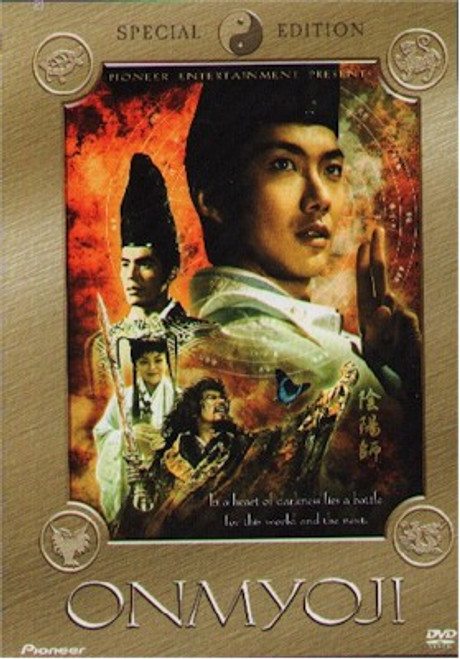 Including Onmyoji DVD, Making of Onmyoji, Staff Interviews, Trailers, TV Spots, and 12 Page Collectible Booklet. In A Heart of Darkness Lies a Battle For This World and the Next. During a dark age of demons and ghosts, the Heian Emperor relies upon the imperial order of the Onmyoji to protect the kingdom. However, as the birth of the emperor's heir approaches, political intrigue and jealousy will lead to the most dangerous of betrayals-from within the Onmyoji and the Emperor's family! It will be up to the most talented of the order, Seimei, to face his master, Doson, and the dark magic that threatens to destroy them all!