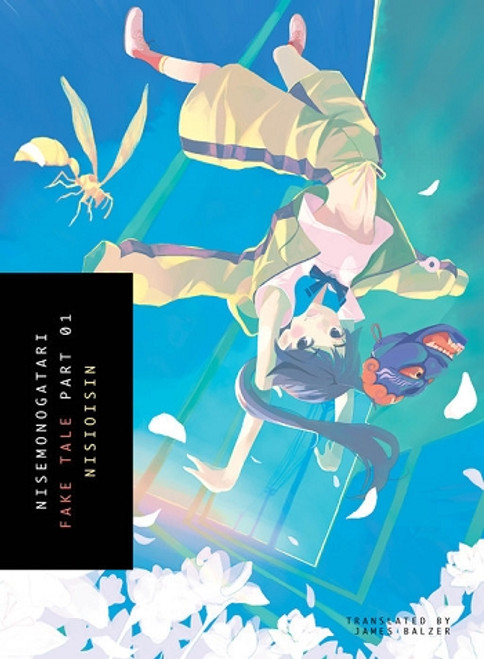 Unlike ne'er-do-well former vampire Araragi, his two younger sisters Karen and Tsukihi, who attend a private junior high, are little balls of energy and charisma that their peers look up to. That the ⌠ka÷ in Karen and ⌠hi÷ in Tsukihi are both written with the character for ⌠fire÷ isn't the only reason they've come to be known as the Fire Sisters.

Karen is the brawn and Tsukihi the brains of a vigilantism that the pair sees not merely as defending justice but as justice itself. They can't encounter a harmful fad without trying to hunt down a specific source that had a motive for spreading it. In their big brother's humble opinion, there is something fake and precarious about it all.

In this first of two parts, the immediate sequel to the legendary BAKEMONOGATARI plunges us into the middle of summer vacation in the mostly peaceful rural town where the series is set. As our hero and narrator can say from experience, however, teenagers with too much free time on their hands can get stung pretty badly.

Of The Red, The Light, And The Ayakashi Manga 07