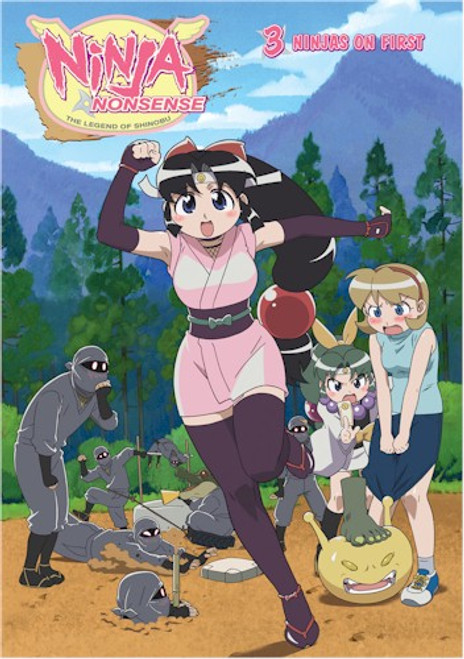 Shinobu's got a new pet: a 15-foot tall monster plant! When ninjas, butterflies and cats start going missing, all fingers point towards Shinobu's "cuddly" friend... Then, at last, the infamous hot springs episode! Onsokumaru is foaming at the mouth for a chance to see some skin! Miyabi's stationed magical guardians around the women's bath... but where there is a ninja will, there is a ninja way! Finally, poor Kaede is sick. It's a good thing Shinobu and Onsokumaru are around to take care of her! Of course, Onsokumaru has his own agenda - like hitting on Kaede's mom!