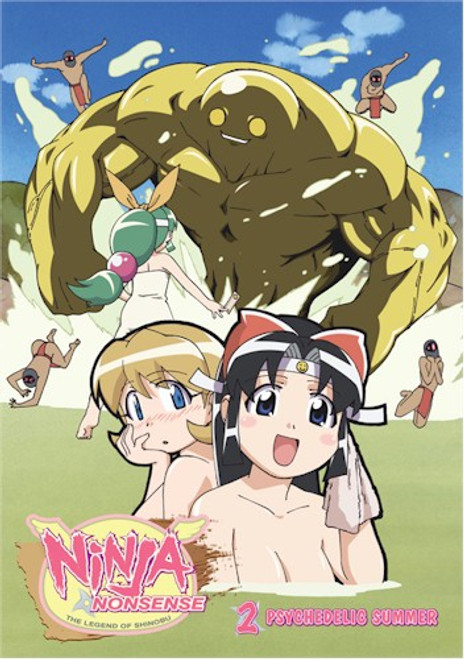 Rising temperatures provide a perfect opportunity for Onsokumaru to get Shinobu and Kaede into in their swimsuits' and hopefully into a lusty embrace as well! Things are heating up for Miyabi, too... she's got a crush! Will the Ninja Pharmaceutical Group's special love potion help things along? Then it's from the frying pan into the fire - Onsokumaru gets sent to Hell! But, Hell can't be all that bad...! There are demon schoolgirls, demon wives, demon in-laws... well, the demon in-laws could be kinda bad...

Since the summer sun's so fierce, it's too hot to train; the ninjas have little to do but sit around and read dirty magazines. Maybe a little summer festival could brighten the mood? But the party's short-lived, because a typhoon is coming! With Shinobu stuck at Kaede's house, the ninja manor turns into a terrible sausage fest! And last but not least, when Onsokumaru lends his wisdom to a mushroom picking expedition, the ninjas are in for a magical ride! Especially when their tasty treats end up being poisonous and hallucinogenic!