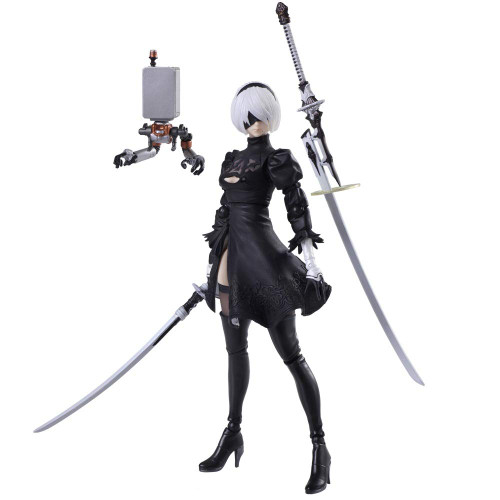 YoRHa No.2 Type B (commonly known as 2B), the all-purpose combat model who is sent into the fray by humankind to regain Earth, is now available as a Bring Arts figure with a completely new mold. This new figure recreates the in-game 3D model more accurately than ever before. This figure recreates the cool demeanor of 2B with details such as the paint application that brings a premium feel by adjusting the gloss, the embroidery on her costume, and beautifully translucent white hair. The figure also comes with a variety of accessories including four weapons:Virtuous Contract, the Virtuous Treaty, Cruel Arrogance, and Cruel Lament; three head sculpts; seven hand parts; an articulate pod; a black box; and a post-self-destruct torso. This figure provides has even greater ability to recreate various scenes from the game!