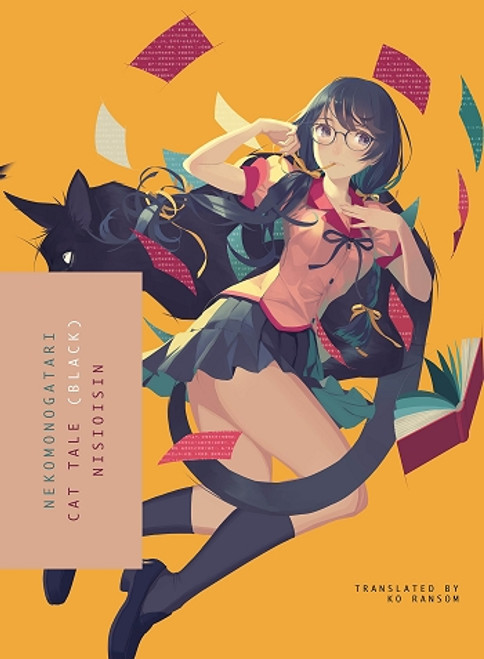 After surviving a vampire attack, Koyomi Araragi notices that his friend and savior, Tsubasa Hanekawa, has been acting strange. When he happens to cross paths with her on his way to a bookstore and sees she has a bandage on her face, he knows something must definitely be wrong. Koyomi wants to help her, but Tsubasa assures him that her wound is just something she received at home and that he should not concern himself with it. But when a white cat with no tail is hit and killed by a car, the pair bury the creature and the real trouble begins.

The conclusion to the First Season of NISIOISIN's Monogatari begins with NEKOMONOGATARI (BLACK). In this two volume collection NISIOISIN turns his focus onto Araragi's close friend Tsubasa Hanekawa, revealing a new side to her that is more in tune with the world of MONOGATARI. A prequel to BAKEMONOGATARI here we see just what Hanekawa has become.