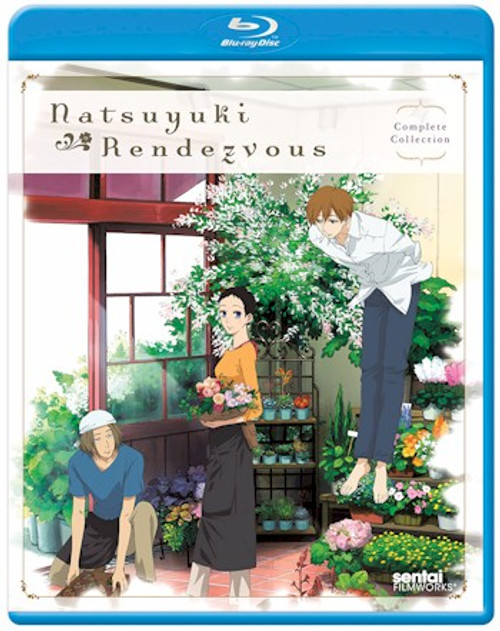 Hazuki may be near-sighted, but he knows true beauty when he sees it. The delicate form of flower shop owner Rokka draws him in like a bee to honey. Hoping to cultivate a relationship between them, Hazuki takes a part-time job at her shop only to discover two huge thorns preventing the nurturing of any romance. The first, the fact that Rokka is still grieving for her late husband Shimao, would be enough to snip most men's ardor short, but it's the second that really threatens to make Hazuki's forlorn hopes wilt. While Shimao is most definitely deceased, he hasn't yet departed, and his spirit is still living in Rokka's apartment!

Only Hazuki can see him, which leads to a very strange romantic triangle indeed. Are Hazuki's chances with Rokka as dead as the man who still lives in her house? Or can he somehow make love blossom even though there's an interloper pushing up the daisies between them? One way or another, the ground's going to be rocky and someone or something's likely to get nipped in the bud!

Nausicaa of the Valley of Wind Anime Book 1

Nausicaa of the Valley of Wind Anime Book 2