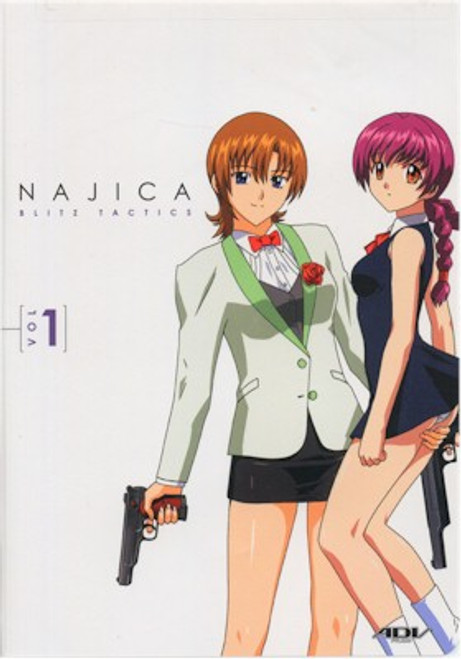 As one of the world's top perfume designers, Najica Hiiragi works with her trusty assistant Kirala to develop the Day Series perfumes for CRI Cosmetics. When not jet-setting around the world, Najica tools around neo-Tokyo in a bright red convertible. Men love her. Women want to be her. But Najica has another job, one that few ever see: Secret agent for the CRI intelligence organization. Her boss is the cool, calculating Majima, and she gets field support from the lecherous, but technology-savvy, Gento. Najica's life gets complicated when she rescues a young girl, Lila, from the clutches of a depraved socialite and her machine-gun wielding maids. But Lila is no ordinary girl; she's a Humaritt, an android, and she is Najica's new partner! Together, Najica and Lila thwart a mob hit on the daughter of a judge, defeat an international playboy with a penchant for satellite weaponry, and discover the real reason teenage pop idols are so darn popular!

Nadia The Secret of Blue Water 11: The Motion Picture

Name of the Flower Graphic Novel 01

Nadia The Secret of Blue Water 09: Nadia in Love