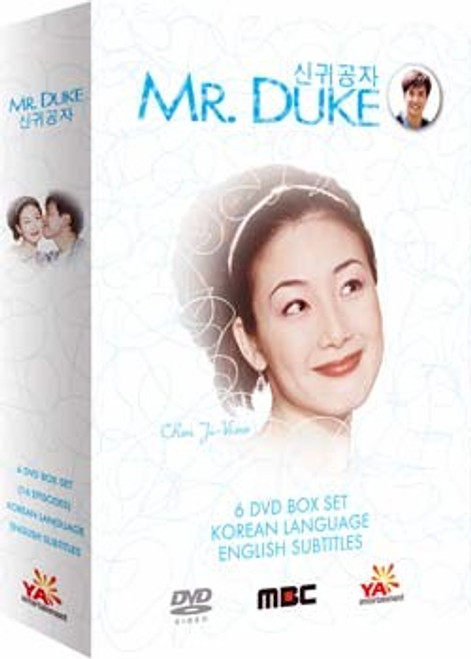 Before her captivating performances in epics like Stairway to Heaven and Winter Sonata, Korea's leading lady Choi Ji-Woo starred in Mr. Duke, an elegant and sophisticated Korean TV drama mini-series. Choi Ji-Woo stars as Jang Soo-Jin, whose rich and powerful father tricks her into returning to Korea, so that she can get married and provide him with a successor to his business empire. Desperate to stop her father's madness, Soo-Jin pretends she already has a boyfriend, and so enlists the help of simple water deliveryman Kim Yong-Nam (Kim Seung-Woo, Hotelier). But now she must pass Yong-Nam off as a member of high society if she is to stop her father's plans!