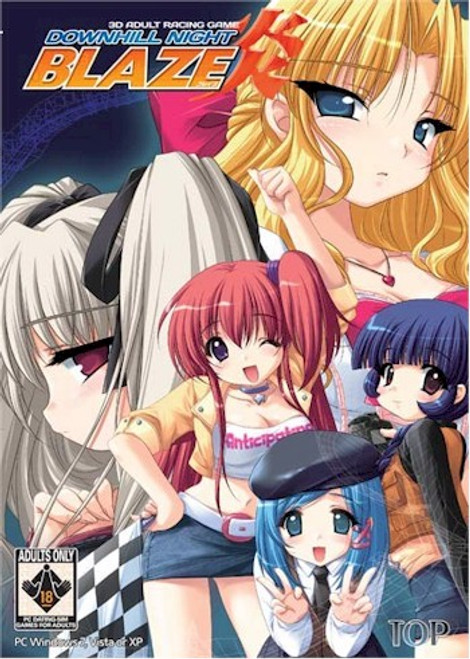 The Downhill Night saga concludes with this explosive final chapter, presenting the first ever dating sim game to put you behind the wheel in real time auto racing action! Everyone from the popular second game is back: main character Akito, sexy and willing Rinka, rich Reiko, sweet and charming Race Queen Tomomi and the mysterious silent girl Kei. The story is highly developed, with a love triangle that can only be solved by winning the big championship, plus many new secrets to unlock. After so long serving as expert navigator for Japan's most beautiful drivers, now it's your turn behind the wheel, as you try to win the Touge Grand Touring Car Championship (TGTC)! Action and adventure await in Moero Downhill Night Blaze!