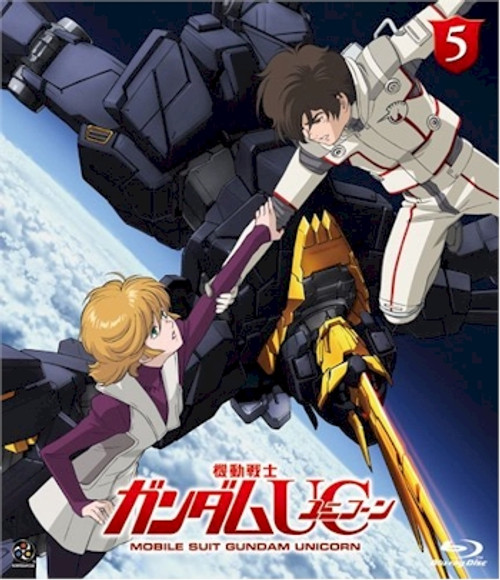 Having destroyed the Shamblo, Riddhe and Dnagher are now confronted byt he het black Unicorn Gudam 02, "Banshee". In it cockpit is Marida, who has been reconditioned on the orders of Marha, the acting head of the Vist Foundation. Banaher is captured by the Bashee and transferred to the Ra Cailum, flagship of the Londo Bell unit, but he refuses to reveal the new coordinate data disclosed by the La+ Program. In order to make him talk, the exasperated Martha puts Mineva aboard the Garuda aircraft that is coming to collect the Unicorn Gundam. Meanwhile, Bright the captain of the Ra Cailum senses the future in Banagher's strong will and decides to grant his wish to save Minerva. Via his griends Beltorchika Irma and Kai Shiden, Bright secretly calls in teh Garencieres team to attack the Garuda and rescue Mineva...