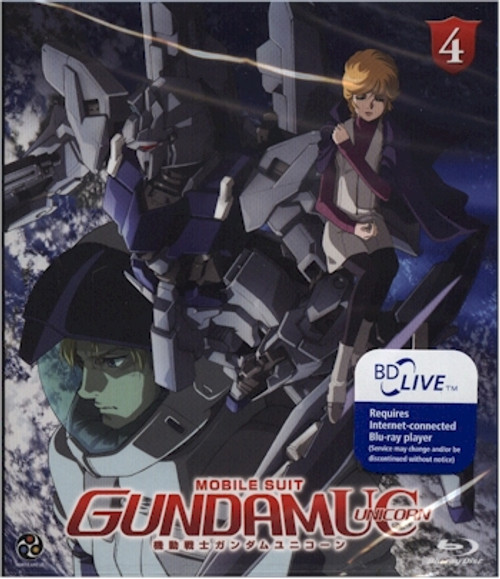 The struggle over Laplace's Box spreads to Earth, where a force of Zeon remnants launches an attack on the Earth Federation capital at Dakar, spearheaded by the huge mobile armor Shamblo. Ronan Marcenas, chairman of the Federation's council on Colony Relations, takes this event very seriously. He contacts Bright Noa, commander of the Londo Bell unit, and dispatches him to recapture the Unicorn Gundam which serves as the key to the Box. Banagher, who has descended to Earth with the Unicorn Gundam, has fallen in with the Garencieres team and is now effectively a member of the sleeves. He and Zinnerman travel on foot across the burning desert to make contact with the ground forces of the Zeon remnants. In the shocking fourth volume of Mobile Suit Gundam UC, the newest entry in the Universal Century saga based on a story by author Harutoshi Fukui, Banager must confront the hatred of those who have suffered in the wars that revolve around the planet Earth!