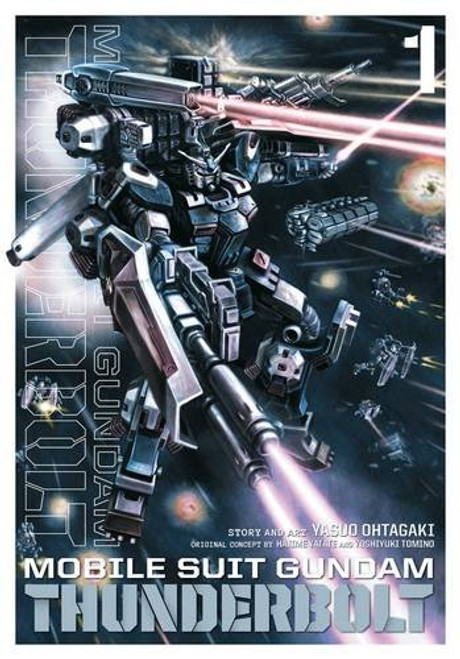 In the Universal Century year 0079, humanity is divided between Earth and huge space colonies known as Sides. The colony known as Side 3 proclaims independence as the Principality of Zeon, and declares war on the Earth Federation. As the conflict nears the one-year mark, the Earth Federation and the forces of Zeon are locked in a fierce battle for the Thunderbolt Sector, an area of space scarred by the wreckage of destroyed space colonies.

Into this maelstrom of destruction go two veteran Mobile Suit pilots: the deadly Zeon sniper Daryl Lorenz, and Federation ace Io Fleming. It's the beginning of a rivalry that can end only when one of them is destroyed. The lightning-streaked debris fields are about to become the stage for an epic duel where death is the only true winner.