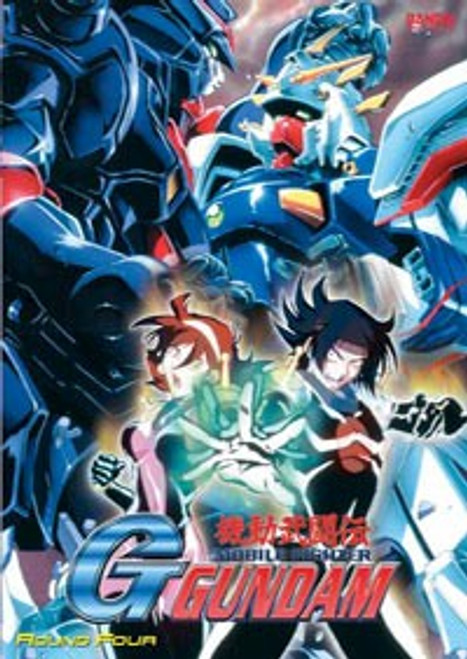 Domon's reunion with Master Asia occurs in the midst of the battle-damaged city of Shinjuku. Together, they fight to save the city, but Domon is shacked with he realizes that Gundam Rose, Gundam Maxter, Dragon Gundam, and Bolt Gundam are all under an evil influence! As the truth is revealed, reinforcements arrive in the form of the Shuffle Alliance, the greatest fighters in the galaxy! Now, with Domon as their new King of Hearts, they pledge their allegiance to him and his cause. But first, there's a battle to be fought ..