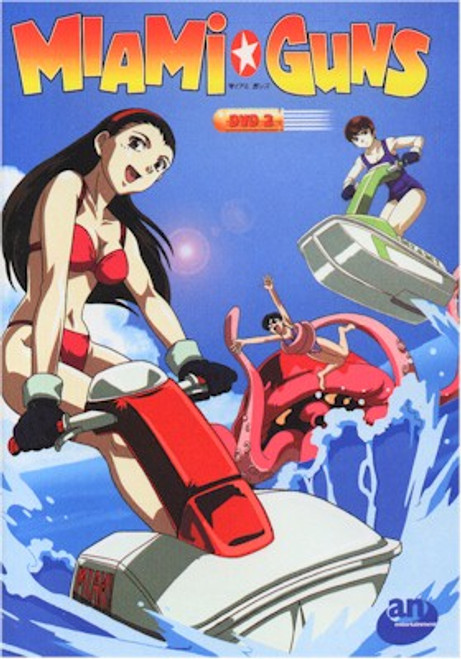 Following the introduction of the deadly police duo Yao and Lu in the first volume of Miami Guns, the gloves are off and nothing is sacred. In episode 5, Miami Western Village (yes, you read that right) is the home of cowboys, gunslingers, and the mysterious killer Maria Rose. It's Spaghetti Western done Japanese style! Episode 6 is a brilliant send-up of Bruce Willis and his action picture Die Hard: With a Vengeance. When a mad bomber threatens Miami City with explosives disguised as watermelons, it's up to Yao, Lu, and special FBI liaison, "Bruce," to save the day. And did we mention the pro wrestling tournament? Episode 7 is one of the highlights of the entire Miami Guns series, featuring lunatic parodies of Princess Mononoke, The Matrix, 2001: A Space Odyssey, Neon Genesis Evangelion, and much more! After Yao gets cut off from her father's money, she literally devolves into a snarling, primitive cavewoman. Ironically, what would usually be a "normal" case for the Miami Guns turns into something much more personal when it involves one of their own.