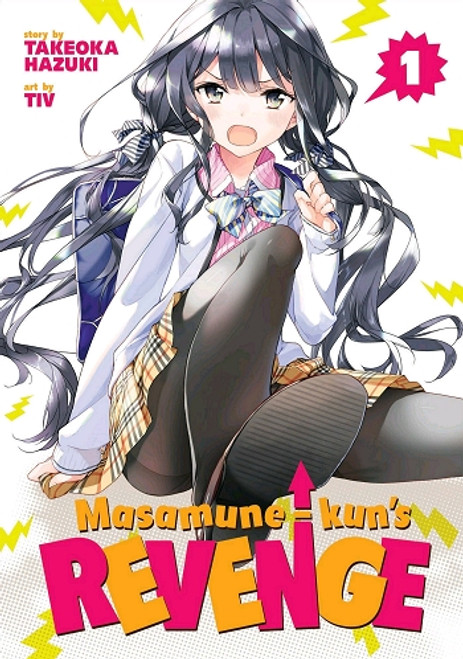 Masamune-kun's Revenge is an ongoing romantic comedy about a young man seeking vengeance against his greatest bully by confronting her years later after undergoing a complete physical and social transformation. This tale of vanity, vengeance and rediscovery is full of comedy and heart, along with great artwork that will appeal to fans of series such as such as Haganai and Toradoral. Masamune-kun's Revenge will be published by Seven Seas as single volumes, each containing a full colour insert.

As an overweight child, Makabe Masamune was mercilessly teased and bullied by one particular girl, Adagaki Aki. Determined to one day exact his revenge upon her, Makabe begins a rigorous regimen of self-improvement and personal transformation. Years later, Masamune reemmerges as a new man. Handsome, popular, with perfect grades and good at sports, Masamune-kun transfers to Aki's school, and is unrecognisable to her. Now, Masamune-kun is ready to confront the girl who bullied him so many years ago and humiliate her at last. Revenge is sweet!