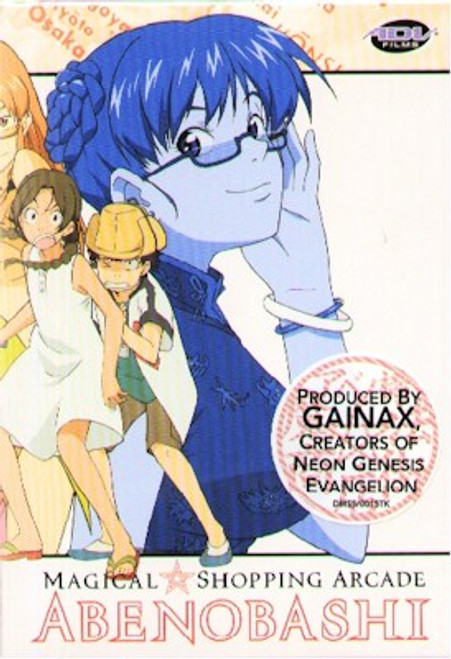 Contains Magical Shopping Arcade Abenobashi DVD 1 with a high-quality Artbox to hold the remaining DVDs! "Bein' human, havin' your health... that's the most important thing." - Arumi Asahina. Try telling that to twelve-year-old Sasshi Imamiya. He's lost his home, lost the toy collection that defined his very geekdom, and he's about to lose his best friend, Arumi. Reality is closing in on him. That is, until reality decides to take a vacation. An extended vacation. Suddenly, Arumi and Sasshi find themselves in a world like their own... only not. And as they try to fight their way back to the real world, they'll face menacing mushrooms, big-breasted space pirates, killer kung-fu fighters, a tripped-out transvestite, a sorcerer who seems to be in some sort of midlife crisis... and that's just the beginning!