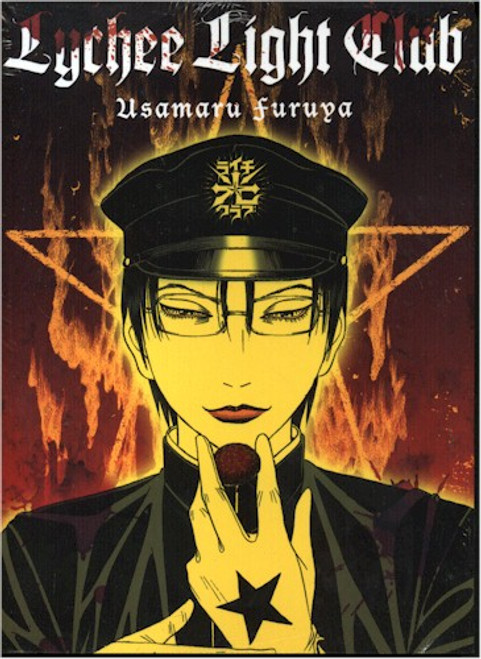 The Lychee Light Club is considered Usamaru Furuya's breakthrough work. Originally designed as an experiemental project Lychee's themes of youthful rebellion and deus ex machina destruction, and attractive designs eventually won over a new generation of readers and critics, leading the way for Furuya to take on his many recent high profile properties.

In an abandoned warehouse, a band of nine students have assembled to plot out a new future. Their ⌠leader÷ Zera is determined to cleanse his community of the ugly and cowardly. Having taken command of a band of young men to build him a god-like machine capable of changing the world. This machine, named ⌠Lychee,÷ will give them what they've been searching forαa beauty of the finest quality.

Macross DVD 01 Upon the Shoulders of Giants