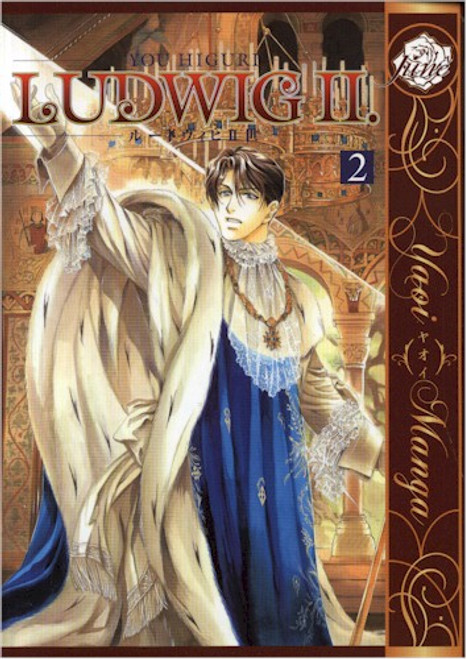 Europe is in the throes of political upheaval, and the weary, devoted citizens of Bavaria wish only to look to their charismatic leader, King Ludwig II, for a faint glimmer of hope! But Ludwig is consumed by manic visions of seductive opera stars, lost lovers and phantasmagoria that flicker and swirl through his every waking hour... and his body-wrenching nightmares, too. Can the King's faithful servant Hornig keep him from stepping off the brittle edge of reality and into the abyss of insanity? Or will both men ultimately suffer the wrath of a world too cruel to care?

In Ludwig II, romance and reality merge into a heartbreaking parade of gilded decadence, high art... and carnal passions! Ludwig II, the King of Bavaria, is madly in love with his footman Hornig, but his wild daydreams (and even wilder libido) turn him into a caged beast who can never be satisfied! While his contemporaries covertly plot his downfall, the "Mad King" surrenders his body and soul the unfathomable pain of a self-made fantasy that's got the power to send him soaring to the heavens... or crashing down to his very death!

Macross DVD 01 Upon the Shoulders of Giants