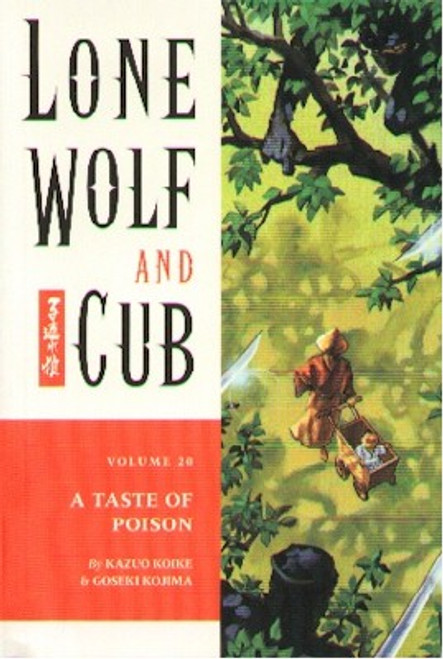 A quest for vengeance wouldn't be complete without a little poison. Having tired of his retainer's futile attempts at reigning in the unstoppable samurai on his trail of vengeance, the shogun himself sends Abeno Kaii, a master of poison, to join the Yagyu in their hunt for ronin Itto Ogami and his little boy Daigoro, also know as Lone Wolf and Cub. Armed with a sack full of poison and a network of streetwalking spies, Abeno creeps ever nearer to the father and son, each move bringing him one step closer to his prey. Soon Ogami and Daigoro find themselves surrounded on all sides, facing deadly secret agents, murderously seductive prostitutes, and a river of poison flowing all around them! The Eisner and Harvey Award winning series rolls ever onward.

What Did You Eat Yesterday? Graphic Novel 07

Blade of the Immortal Omnibus Vol. 04