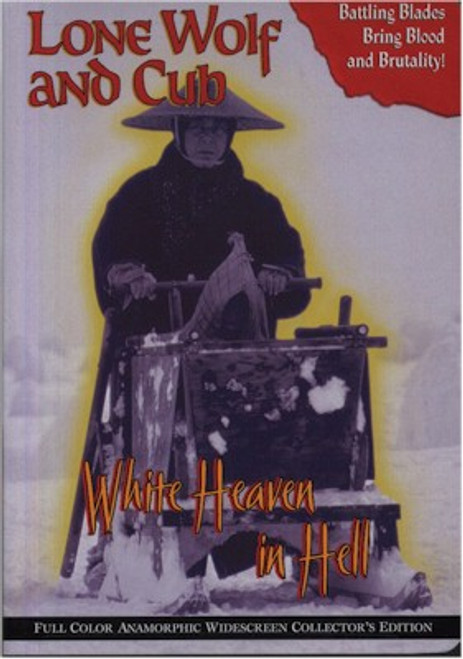 He was Ogami Itto, the official Shogunate executioner. Now he is a wandering assassin, stripped of his land and titles. All he has left is his son Daigoro, his two swords, and the burning desire to exact revenge upon the evil Yagyu, who murdered his wife and framed him for heresy. He is no longer Ogami Itto; he is the assassin they call "Lone Wolf and Cub!"

In this, the final film, the evil Lord Yagyu Retsudo, having failed in his previous attempts to eliminate Ogami, deploys his ultimate weapons; his daughter, Kaori, his stepson, Hyouei, and Hyouei's supernatural warriors, who are capable of moving through the earth as if it were water.

If they fail, Retsudo knows that he will have no choice but to unleash the entire remaining might of the Yagyu Clan upon Ogami. Outnumbered by more than 1000 to 1, Ogami will surely die. If he survives, it will be because he has slain every warrior in the Yagyu Clan.

Once again, Ogami Itto and his son are about to enter the Crossroads to Hell. But this time, they may not return!