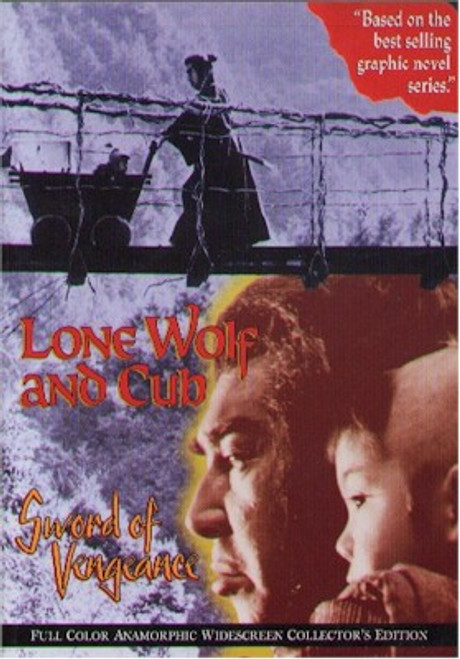 He was Itto Ogami, a man who held himself to the harsh code of Bushido, entrusted by the Shogun with the gravest of responsibilities, that of official executioner. His flashing blade brought swift release to those ordered to commit Seppuku, ritual suicide - be they man, woman, or even child. He was Itto Ogami, falsly accused of treason by the evil Yagyu Clan, stripped of his position; his wife murdered by Yagyu assassins. He was Itto Ogami, a father who gave his infant son a terrible choice between a beautiful red ball and a sword. To choose the ball meant to join his mother in the Void, to choose the sword meant to join his father, now a Ronin, a samurai without a master, in a terrible journey must end in revenge and death. Now Ogami and his son are no more, and through the countryside of Japan stalks 500 gold pieces will buy his sword, but nothing can buy his honor.