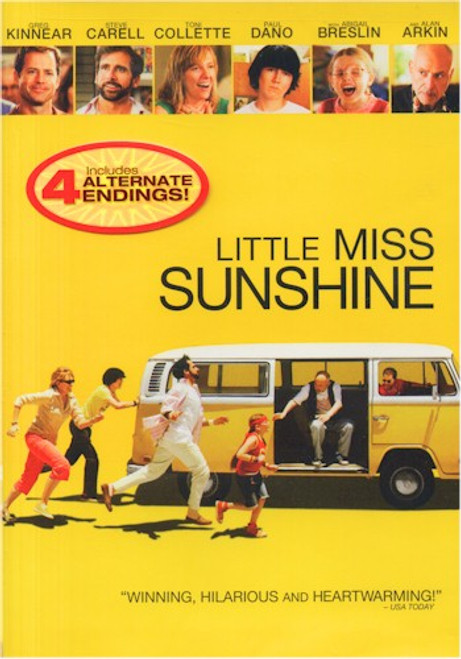 Olive is a little girl with a dream: winning the Little Miss Sunshine contest. Her family wants her dream to come true, but they are so burdened with their own quirks, neuroses, and problems that they can barely make it through a day without some disaster befalling them. Olive's father Richard is a flop as a motivational speaker, and is barely on speaking terms with her mother. Her uncle Frank, a renowned Proust scholar, has attempted suicide following an unsuccessful romance with a male graduate student. Her brother Dwayne, a fanatical follower of Nietzsche, has taken a vow of silence, which allows him to escape somewhat from the family whose very presence torments him. And Olive's grandfather is a ne'er-do-well with a drug habit, but at least he enthusiastically coaches Olive in her contest talent routine. Circumstances conspire to put the entire family on the road together with the goal of getting Olive to the Little Miss Sunshine contest in far off California.