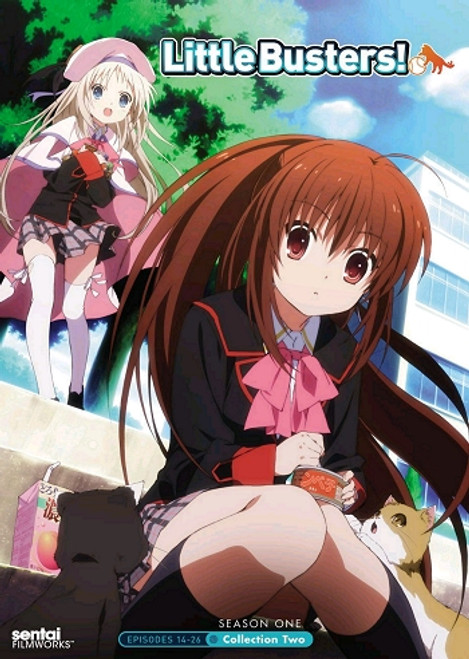 As if receiving enigmatic messages delivered by the cats wasn't odd enough, Riki Naoe's world continues to grow even stranger. Following the shocking twin revelations of Midori's missing shadow and the fact that he's the only one who seems to remember Mio, he's determined to learn the nature of the connection between them. Meanwhile, some of the secret's Haruka is keeping about her family are revealed with potentially devastating consequences, and Riki finds himself pressed into a completely unexpected situation when a sleepover held by Rin and the other female members of the team goes out of control. However, as overwhelming as all that seems, it's merely the preamble to the drama that's unleashed when Kudrayaka learns that her cosmonaut mother is going to be sent into space! And in between it all, the Little Buster's first ballgame is approaching, even though they still haven't found a ninth player. Covert missions are run, long simmering personal rivalries come to a boil and events that are literally out of this world will take an entire country by storm in the spectacular second collection of LITTLE BUSTERS!