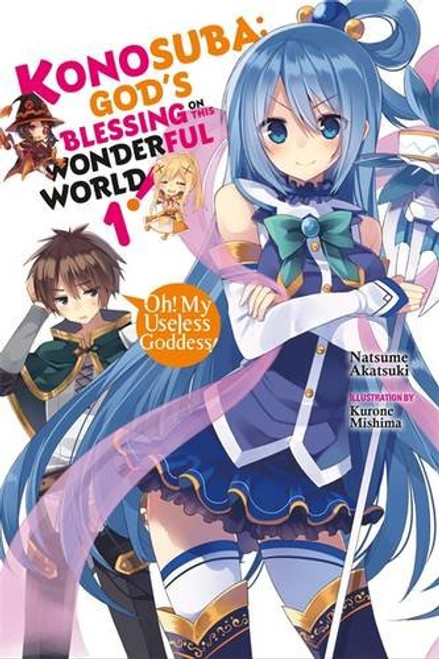 Game loving shut-in Kazuma Sato's life as a young schoolboy in Japan abruptly comes to an early end...or at least it was supposed to. When he opens his eyes, though, he sees a beautiful goddess that offers him a once in an after-lifetime chance to be reborn in a parallel world. The catch is that the world is violent and threatened by a growing evil! Fortunately, he can choose any one thing to bring with him. So he chooses the goddess, Aqua! And so his adventure with his gorgeous companion begins--if he could just get enough money and food to survive, keep his goddess out of trouble, and avoid grabbing the attention of the Demon King's army!

Konosuba: An Explosion on This Wonderful World! Vol. 02

Kiss Him, Not Me Graphic Novel 09

Kiss Him, Not Me Graphic Novel 08