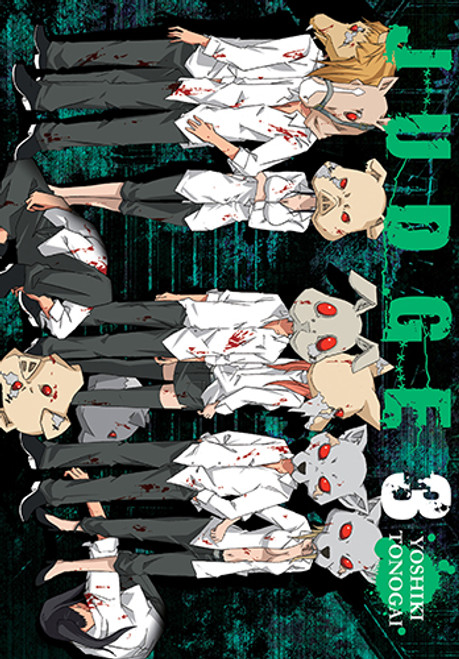 In the abandoned courthouse, to trust is folly. Is that the only rule, the only strategy to staying alive in the twisted game underway within? When the time for the Second Judgment arrives, a ruthless decision is made, to shocking effect. The sinners must accept reality... for idealistic notions have no place among these halls of cruel and swift justice...

A young man, driven by jealousy over love, tells a lie that accidentally results in the death of his older brother. Some time later, Hiro is kidnapped and confined to a room with eight other people, each wearing a grotesque animal mask. Their kidnapper informs them that their time has come to be judged for their ⌠sins÷-and that they will have to judge one another. Every twelve hours, the captives must choose who among them will dieαand only four will remain alive when all is throughα