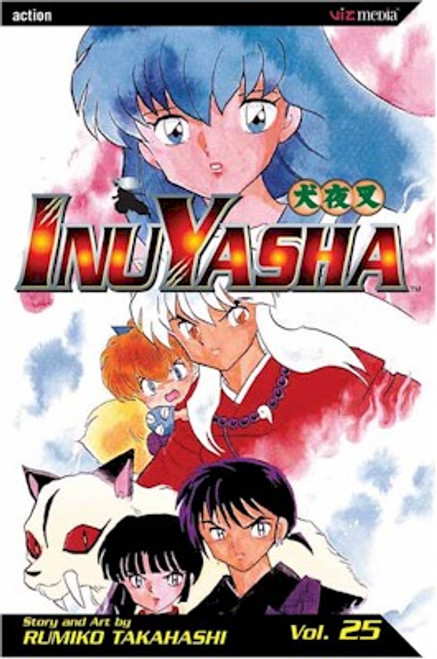 The Battle with the Army of Seven Rages On!

Inuyasha and his gang are up to their necks in enemies! First Miroko and Sango face off against a poison vapor-wielding adversary. Just when it looks like all is lost an unlikely savior shows up and single-handedly slays the sinister villain! From there things quickly get worse as Inuyasha is attacked by the half-man, half-machine, totally evil monstrosity known as Ginkotsu! Meanwhile Kagome and company, having been tricked by one the Army of Seven, are unconscious and at the mercy of the evil Renkotsu! How will Inuyasha ever defeat Ginkotsu and rescue his friends at the same time?!