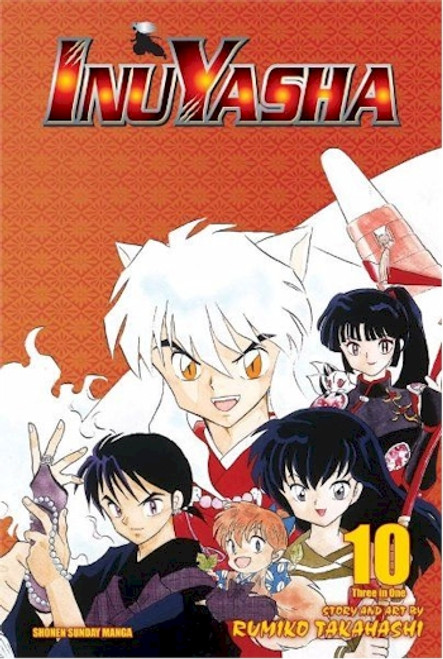 Kagome is an ordinary modern schoolgirl living an ordinary life. Who would have thought the dried-up old well on the site of her family's shrine would be a gateway to Japan's ancient past? Drawn through the gate against her will, Kagome finds herself battling demons for control of what she thought was a worthless trinket but is actually a powerful magical gem, the Shikon Jewel! Together with an unlikely ally, the half demon Inuyasha, Kagome begins a quest to recover the shards of the Shikon Jewel and learn more about her link to the past.

Trapped inside holy Mount Hakurei with Naraku, Inuyasha loses his demonic powers. Bad timing... The leader of the Band of Seven, a gang of undead assassins, has absorbed the Shikon shards from his fallen comrades, making him an even more formidable foe! Then Naraku reveals his true purpose in hiding inside the mountain... Inuyasha has a premonition of doom, but arrives too late, finding only Kikyo' s broken bow! Evil Kagura and demonic baby Hakudoshi search for the border between the afterworld and the world of the living, where the last Shikon Jewel shard is said to be. Will Inuyasha and friends reach this last powerful piece of the puzzle before their enemies...?