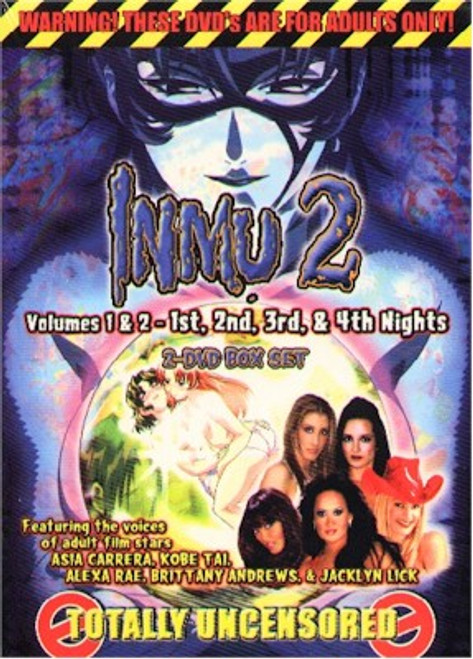 FIRST NIGHT - ILLUSION - College girl Youri (Alexa Rae) cannot make up her mind, whether to go all the way with her boyfriend. She hears a rumor that he is frequenting a massage parlor. Not only that, but the massage girl he has been seeing is said to be a dead ringer for Youriα SECOND NIGHT - EXCESSIVE LOVE - A man spies on the private life of a beautiful nurse, Megumi (Kobe Tai). The man's obsessive desire wanders between delusion & reality, giving life to a mysterious being. One day, the man has a sudden heart attack & is hospitalized. He comes under Megumi's care. Finally, his wild desire explodes! THIRD NIGHT - THE SHADOW CARD - A man is playing cards. He wants to win, by any means necessary. But, these are magical cards and various women, such as Netirus (Brittany Andrews), come out to perform real life service to him. As he is enticed into their magic, the next card is awaiting himα FOURTH NIGHT - DROWING IN A SUMMER - A man has a sexual relationship with his stepmother (Jackylin Lick). Soon after, his lust controls him, and he is entangled in theblack widow's web. Is it a memory of a long lost summer, or something else?