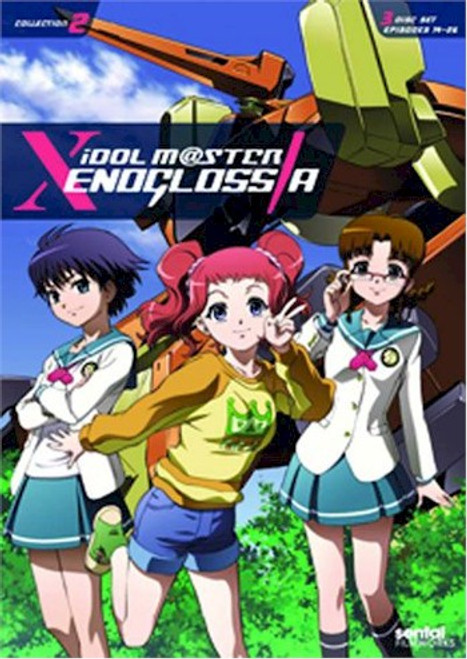 Things are getting a lot more complex at Modenkind and some of the things that Haruka is learning about the IDOLs are more than a little worrying. Like the fact that while the mechs aren't free to do what they want, they're not exactly obedient machines either; and how the relationship the IDOLs form with their pilots is much more complicated than master and servant. Especially since Haruka is beginning to realize that her own feelings toward Imber aren't exactly what she'd expected them to evolve into either. But there's no time to analyze what's going on inside her heart, because suddenly all of Modenkind is under siege, hit from both within and without as hidden spies combine with outside attacks and ruthless kidnappings. Who is trying to destroy Modenkind and why? And how is it connected with the real secrets behind the IDOLS? Betrayal leads to betrayal as the stunning second act escalates to a breathtaking conclusion in IDOLM@STER XENOGLOSSIA - COLLECTION TWO!