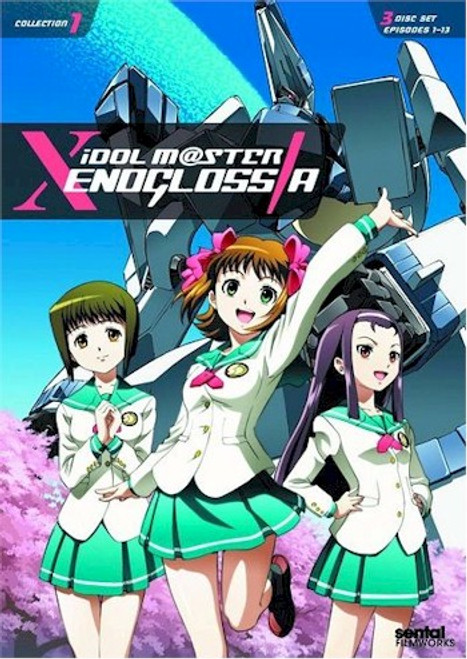 107 years ago, the Moon was destroyed in a massive cataclysm that shattered Earth's former satellite into 81 quintillion tons of orbital debris. However, thanks to super-science, the Earth itself was saved and today no one really thinks much about that century-past disaster. Which is why when teenage Haruka Amami auditions for something called the Idolmaster Project, she THINKS she's trying out to be a singing idol. Instead, Haruka finds herself at a secret school run by the Mondenkind Agency, living with a group of other girls who have also been selected as candidates to pilot an IDOL - an advanced robot specifically designed to intercept falling chunks of moon rock. Except there aren't enough Idols for all the potential pilots, and there are some who will do anything to earn the coveted seats, even if the consequences are lethal.

And then there's the question of whether the Idols are really just robots, because from almost the first moment, Haruka starts to feel emotions resonating from within the Idol called Imber. The mysteries are mounting, the competition is furious and the mission to save Earth is on in IDOLM@STER XENOGLOSSIA - COLLECTION ONE!