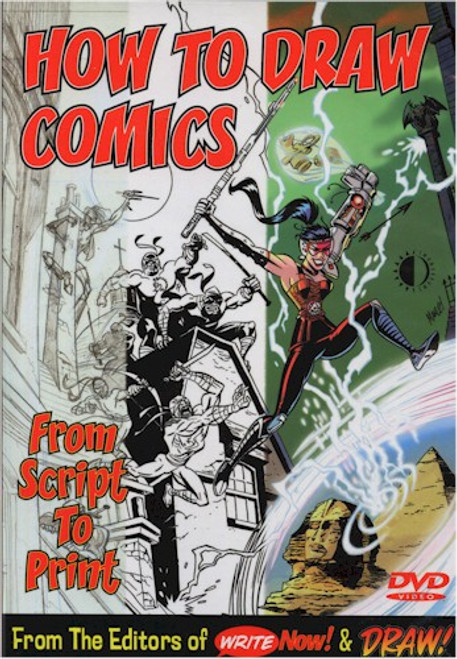 In conjunction with the ground-breaking crossover between comics' top "how-to" magazines, HOW TO DRAW COMICS FROM SCRIPT TO PRINT documents two top professionals creating a comic book, from initial idea to finished art! In this feature-filled DVD, WRITE NOW! Magazine Editor DANNY (Spider-Man) FINGEROTH and DRAW! Magazine Editor MIKE (Batman) MANLEY show you how a new character evolves from scratch! Watch the creative process, as a story is created from concepts and roughs to pencils, inks, and coloring-even lettering! Packed with bonus features, it's the perfect companion piece to the WRITE NOW #8/ DRAW #9 crossover, or stands alone as an invaluable tool for amateur and professional comics creators alike!

How to Draw Manga: Girls' Manga #4

How To Draw Sexy Manga By the Pros DVD

How to Build a Dungeon: Book of the Demon King 03

How Not to Summon a Demon Lord Graphic Novel 01