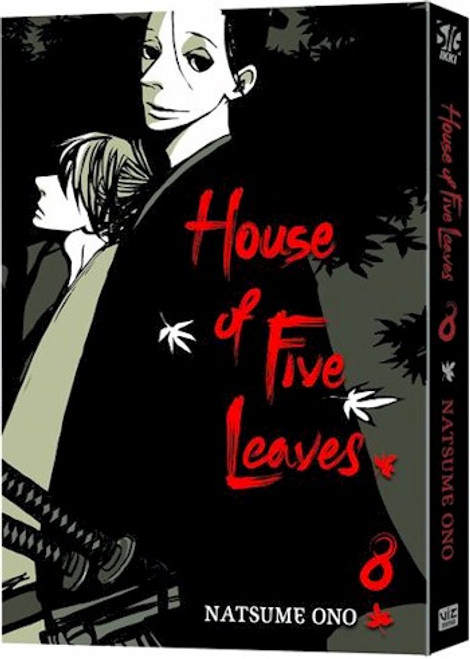 Masterless samurai Akitsu Masanosuke is a skilled and loyal swordsman, but his na?ve, diffident nature has time and again caused him to be let go by the lords who have employed him. Hungry and desperate, he becomes a bodyguard for Yaichi, the charismatic leader of a gang called "Five Leaves." Although disturbed by the gang's sinister activities, Masa begins to suspect that Yaichi's motivations are not what they seem. And despite his misgivings, the deeper he's drawn into the world of the Five Leaves, the more he finds himself fascinated by these devious, mysterious outlaws.

Masanosuke gives Bunnosuke one last piece of advice as his older brother. Rumors about the Five Leaves are spreading around town, leaving the members of the crew plagued with suspicion as to who is responsible. Meanwhile, Yaichi is finally run to ground by Jin, his former boss, at the same time that his past is uncovered by the superintendent Yagi. With the House of Five Leaves coming to an end, will the precious bonds of their friendships survive?

How to Build a Dungeon: Book of the Demon King 03