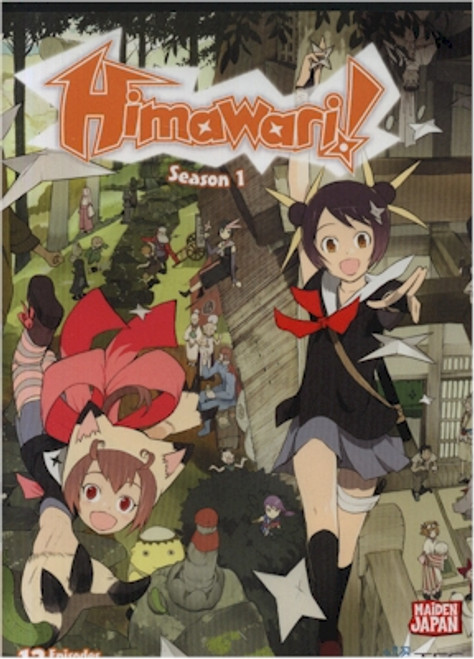 Himawari Hinata is NOT your typical Japanese school girl In fact, ever since being rescued by a ninja when she was younger, her greatest ambition has been to become one herself. And now, finally, she's got her shot at her dreams: the opportunity to study at Shinobi Gakuen in the Village of Mist, the elite academy where kunoichi, female ninjas, are trained. Unfortunately, Himawari isn't as prepared as some of her fellow candidates and, on her very first day in the village, she ends up being saved by one of her teachers! To add to the embarrassment, the person who rescues her isn't even a ninja! He's Hayato Marikoji and HIS duty is to teach the ninja how to act like a normal person like himself! With that inauspicious start, will Himawari ever be able to gain entrance to the school? And if she does, can she meet the rigorous standards demanded by her teachers? And why does Hayato remind her so much of an important person from her past? With a whole school full of ninjas, there's certain to be more going on than meets the eye in HIMAWARI! Season 1 Collection!