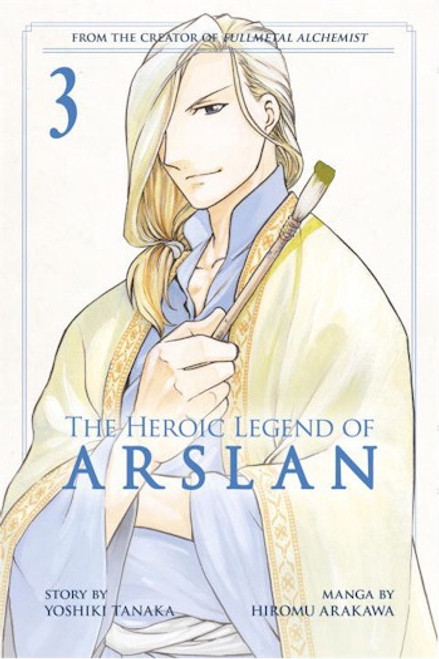 Though Arslan and his party have escaped Kharlan's forces, Kharlan will stop at nothing to capture the former prince of Pars. To draw out Arslan, Kharlan has an underhanded plan to massacre innocent villagers until the prince makes his appearance, but Arslan will not stand idly by while the lives of his people are at stake, so he heads out to take on Kharlan and his army of over one-thousand soldiers.

Though it may seem like Arslan's sense of justice is far from strong enough to take on Kharlan's overwhelming military might, with Narsus' razor-sharp wit, Daryun's unmatched prowess as a soldier, Elam's excellent bow skills, and the help of two new and formidable allies, Arslan has more than a fighting chance to prevail and journey closer to reclaiming his once lost kingdom.