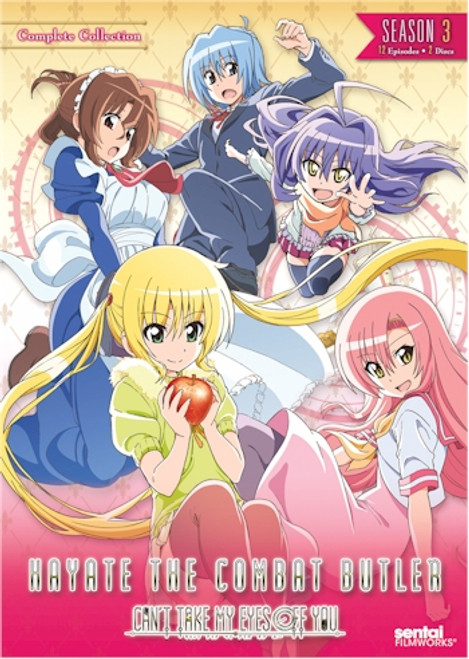 Hayate Ayasaki's life has never been easy, though after being sold to Yakuza who want to harvest your organs to pay off your parents' debts it's hard to imagine things sinking much lower. But since becoming employed as the butler/bodyguard for teenage heiress Nagi Sanzenin, Haytate's misery has been primarily focused around Nagi's insecurity, laziness and the frequent attempts by various parties to kidnap her (with the occasional scheme cooked up by her Grandfather on the side).

When a new and unexpected relative arrives without warning and issues concerning Nagi's long dead father rear their ugly head, Hayate finds himself thrust even further into the deep, dark, messy drama of the Sanzenin clan's affairs. And that is only the beginning of his troubles, as somehow aliens, haunted swords, an untrustworthy kitten and even a cross-dressing curse all come into the mix as well. Will our embattled butler fight his way through these epic complications? Or will his undoing come special de-livery?