Happily Ever After DVD (Live Action) 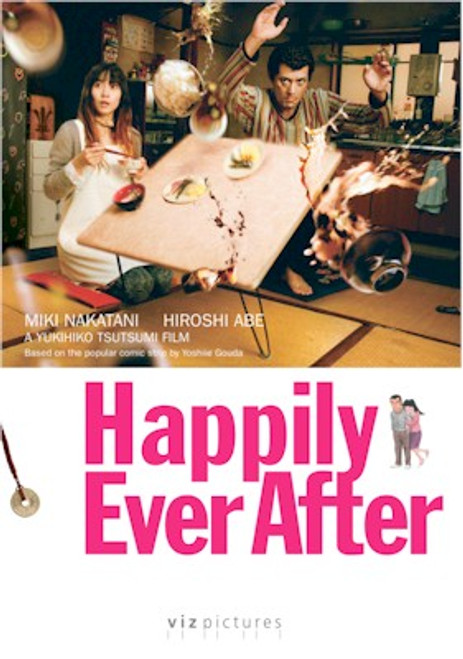 Happily Ever After DVD (Live Action)

Based on a smash hit comic strip series by Yoshiie Gouda, Happily Ever After is a visually striking, dark comedy that follows Yukie Morita, a devoted wife, and Isao Hayama, her boorish, unemployed ex-gangster husband. While Yukie works hard at a noodle shop and struggles to make ends meet, Isao hangs around all day gambling and getting into trouble. Isao's uncontrollable temper often results in the dinner table being overturned and their meal on the floor. Everyone advises Yukie to leave Isao, but her love for him is unconditional because he was the one who initially saved her from her misery. Directed by Yukihiko Tsutsumi (Memories of Tomorrow), and starring Miki Nakatani (Memories of Matsuko) and Hiroshi Abe (Godzilla 2000).