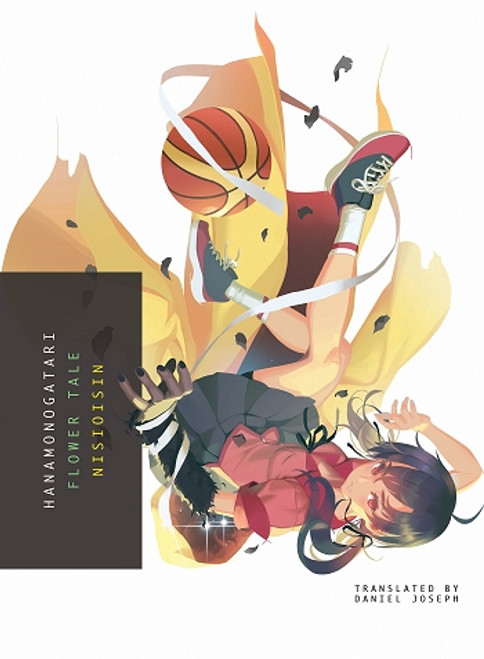 Our sorry hero, his reformed girlfriend, and the amnesiac class president have all graduated from their high school out in the boondocks, and self-described Sapphist and ex-basketball ace Kanbaru, retired by reason of an "injury," is starting her senior year and the narrator of this volume--her voice far more introspectivethan the smutty jock's we thought we knew.

Bereft of the company of her beloved mentors, the only other person around her with any working knowledge of aberrations the junior Ogi Oshino, apparently a relative of the Hawaiian-shirted folklorist, she feels a bit alone and blue, and sick with dread that the devil residing in her left arm courtesy of the Monkey's Paw might act up again while she sleeps.

Investigating a rumor that she fears might lead back to her, the former star ends up peering into an abyss of negativity called Roka--a "wax flower" to take the characters' meaning. Trapped in a pit the like of which could only be escaped by the one girl who was able to pull off slam-dunks in her basketball nationals, can the penitent Kanbaru, however, still be aggressive?

The Eminence in Shadow Novel 01 (HC)