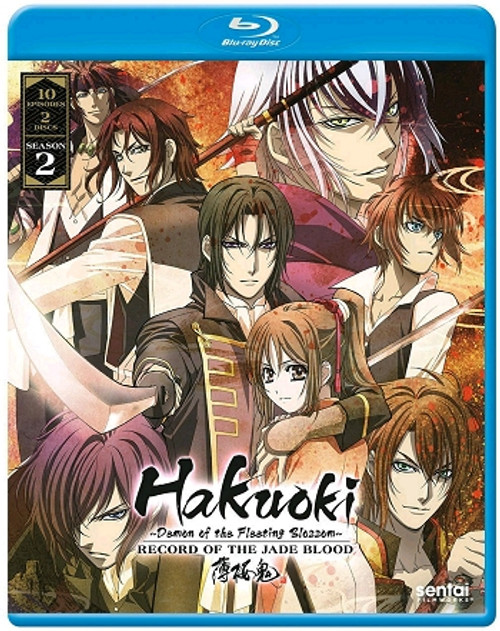 Hakuoki Record of the Jade Blood contains episodes 1-10 of season 2.

Betrayed by the shogun and forced to flee to Edo, the Shinsengumi are fighting a desperate battle; not just for their lives, but for their very souls and the ideals they swore to stand for.

Now, as Harada, Shinpachi, and Saito launch a dangerous thrust to fight their way out of Koufu, Chizuru must decide whether to hold true to her own oath to Hijikata. Will she stand guard over the wounded Kondou and Okita, or will she succumb to the hopelessness and disillusionment that has shattered their ranks?

As the Fury's advance, Hijikata must face the greatest test of all: can he keep the Shinsengumi together? Can the powers to be gained from the Water of Life ever justify the nightmarish price? As the fires of war threaten to consume Japan, the last hopes of salvation lie in the courage and steel of a chosen few in Hakuoki: Record of the Jade Blood!