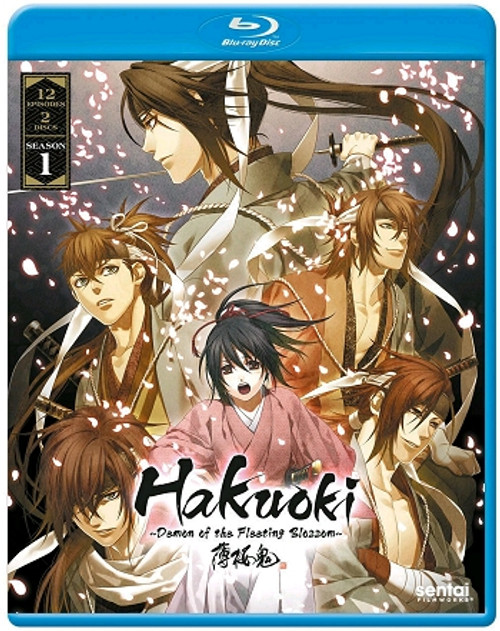 Hakuoki ~ Demon of the Fleeting Blossom contains episodes 1-12 of season 1.

Chizuru Yukimura's father has created a magical elixir that increases the user's strength, speed and ability to heal. However, now he's disappeared, and the quest to find him will lead Chizuru on a deadly journey to strife-torn Kyoto, where the forces of the Shinsengumi and the vampire-like Furies are engaged in a brutal shadow war.

It's a perilous quest, and disguising herself as a man will hardly be sufficient protection against the many dangers ahead. Fortunately, Chizuru is no ordinary girl, and her fate is about to become inextricably intertwined with the destinies of Shinsengumi Vice commander Toshizo Hijikata and his elite force of swordsmen.

Swords clash and nightmarish creatures rule the night when historical fact and supernatural fiction combine in the epic series Hakuoki!