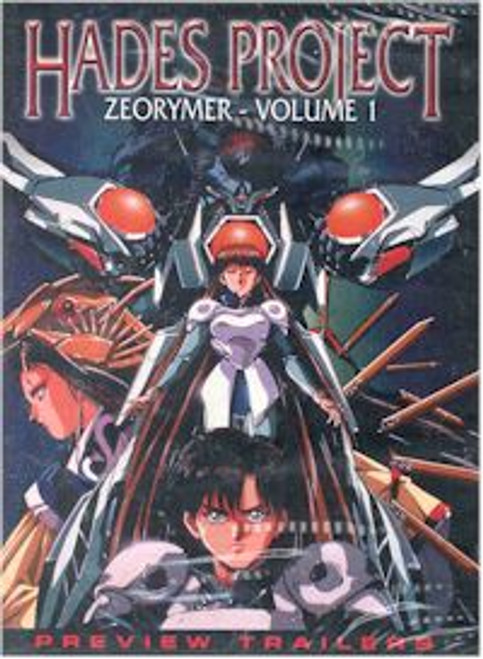 The Hakkeshu - a team of eight giant robots with fantastic powers built to allow the forces of Hau Dragon achieve their quest for world domination. Zeorymer of the heavens, the most powerful of these robots, is stolen along with the frozen embryo of its genetically engineered pilot. Fifteen years later it is finally time for Zeorymer to awaken. As powerful forces gather to battle for the fate of the world, a teenager is swept into the heart of the action. Project 1: Teenager Masato Akitsu's world is turned upside-down when he discovers his entire life has been orchestrated for him, and that he was only born to pilot the mighty robot warrior Zeorymer. As he struggles to accept the situation, Hau Dragon's Lanstar robot is brought to bear on him. Can Masato learn to pilot a machine he's never seen before, before he is killed by an enemy he can barely understand? Project 2: As Masato learns more about his true origins, he begins to question who he actually is: a real person or simply a component of Zeormyer. But when he comes face-to-face with twin warriors Si Aen and Si Tau, the hostile personality triggered by his earlier battle with Lanstar re-surfaces stronger than ever. Who is Masato: the confused teenager, the pilot of the Zeorymer, or...something much more sinister? Unrated Suitable for most audiences. Parental discretion advised.

Haganai I Don't Have Many Friends - Mikaduki Yozora