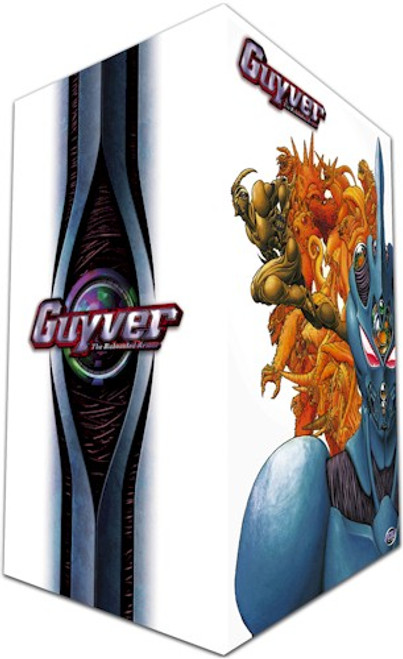 Two Guyvers collide. One will fall, and another will rise again. With each passing day, the evil grip of the Chronos Corporation seems to tighten on Sho. When his friend Mizuki is targeted by a powerful Zoanoid and innocent lives are lost, he has no choice but to step forward and settle things once and for all. Unfortunately, Sho soon finds that he's bitten off more than he can chew as the transformed Genzo Makishima exacts his bitter revenge on the Guyver I. Meanwhile, the enigmatic Guyver III puts his own plans into action and prepares for a final showdown at Chronos Headquarters. As the countdown to destruction begins, the three Guyvers face off and the shocking truth behind the creation of the Zoanoids is revealed.