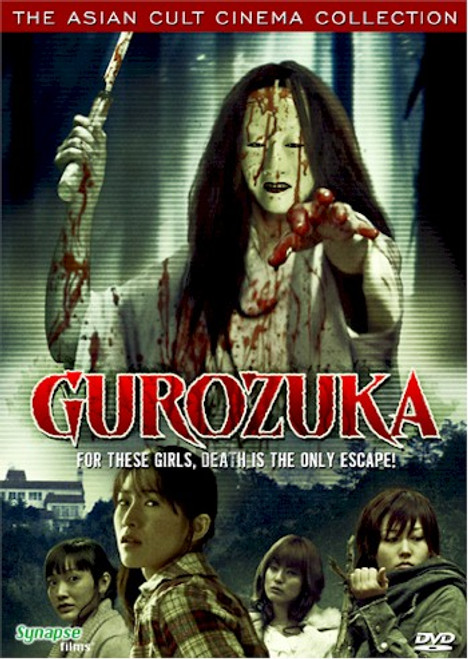 A fun getaway turns into a journey to Hell for some teenage girls visiting an isolated house to rehearse and perform a play for their private movie club. Taking the trip with an adult chaperone, the girls learn a previous club member supposedly went missing in the house, and another insane! Shortly after they arrive, a mysterious videotape is found with footage of a violent killer wearing a Japanese ⌠deigan÷ mask. Is this footage real or fake? Soon, their food and equipment disappears and one of the girls is haunted by ghostly visions of the masked demon. Someone or something is in the house, and gruesome death awaits those who cannot escape!

Synapse Films is proud to present Y(ichi Nishiyama's GUROZUKA, a stylized horror film in the tradition of SCREAM and genre-bending Japanese classic, THE RING!