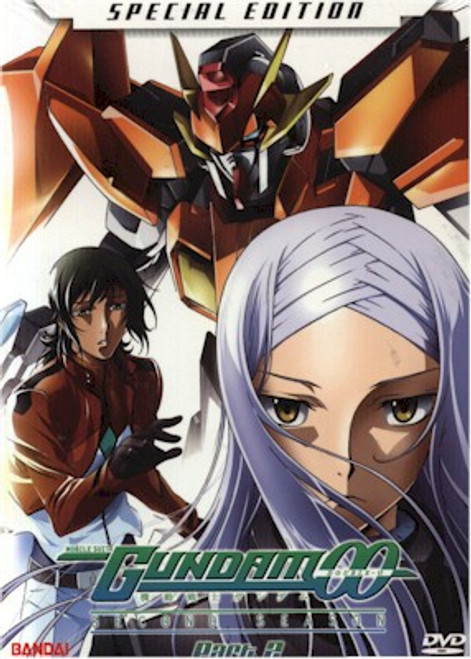 The A-LAWS, the Earth Sphere Federation's elite military force, continues to ruthlessly crack down on Katharon, an anti-government organization that cooperates with the Gundam Meisters. As the fighting continues, Allelujah is reunited with Soma Peries, a female enemy pilot whom he recognizes from his time as an experimental subject at the Super Human Institute.

Other members of Celestial Being must also face up to their own pasts. Tieria, the pilot of the Seravee Gundam, learns that he is genetically related to a new breed of artificially created beings called ⌠Innovators.÷ These Innovators are responsible for the twistedness of the world, and their leader is the puppet master of the Federation government. In order to unite the will of humanity, the Innovators are about to unleash a terrible weapon against the nations that still resist Federation rule.

As a huge showdown unfolds in Earth orbits, Setsuna's 00 Gundam docks with the 0 Raiser, and reveals an ultimate power that resonates within the warriors' minds...