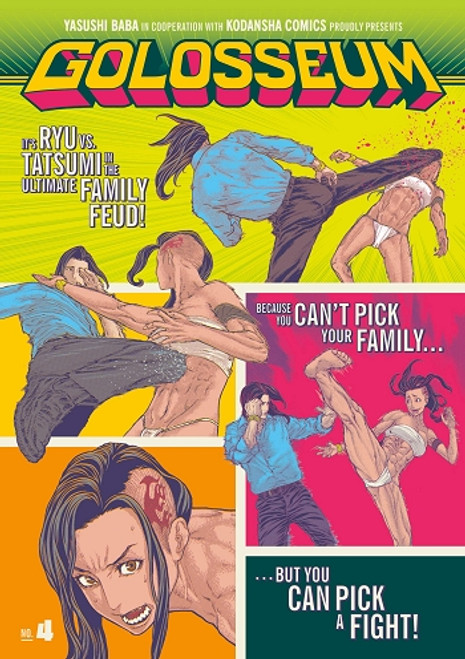 THESE ARE THE TIES THAT BIND, BREAK, AND BLUDGEON.

As tensions break out into a full-on war, Sasha is instructed to lay low in a role that is given "the highest level of respect and reverence": a Japanese high school girl. Meanwhile, the immortal Tatsumi Hijikata faces off against the assassin Ryuzo Hijikata. These two terrifying titans of the Hijikata clan duke it out in the most hellish of all cage matches, and the outcome of this flesh-and-blood battle may just hold the fate of the free world in the balance. Plus: the president of Greater Russia's drive to conquer the animal kingdom knows no limits--whether the animal's extinct or not! And a closer look at the man who's never far when the scent of death is in the air...the man they call the Grim Reaper!