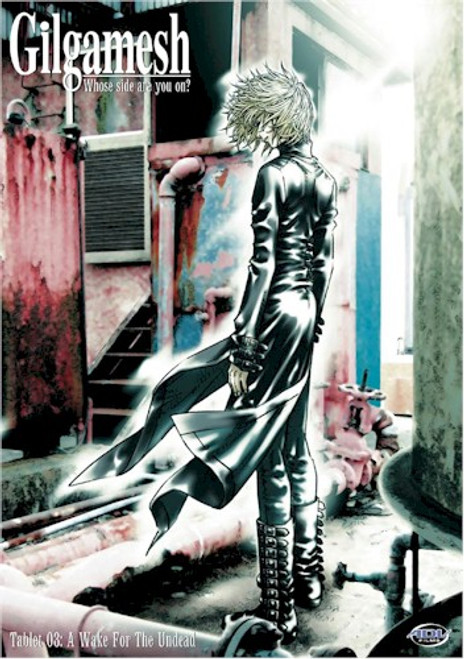 After a raging battle in the Core Settlement, the young psychics of Orga are haunted by questions about their Countess (and themselves). But when they sneak into the mysterious Mitleid Corp's archives, a pack of terrifying cyborgs quickly ends their search for answers. The Countess, however, has discovered valuable information - about both Tatsuya and his sister. Still, the young psychics under her control demand answers. So the Countess invites them to a suspiciously public ceremony for the dying leader of Mitleid. There, the group meets ⌠a monster from the previous century÷, the aging monster's manipulative henchman, and his creepily ethereal daughter who, like everyone else in this twisted, macabre world, hides more than she reveals. And what of the gothic assassins of Gilgamesh? They crash the dark party to give the faux funeral real purpose. So put on your blackest attire, your most deceptive stare, and prepare yourself for the next nightmarish chapter of GILGAMESH!