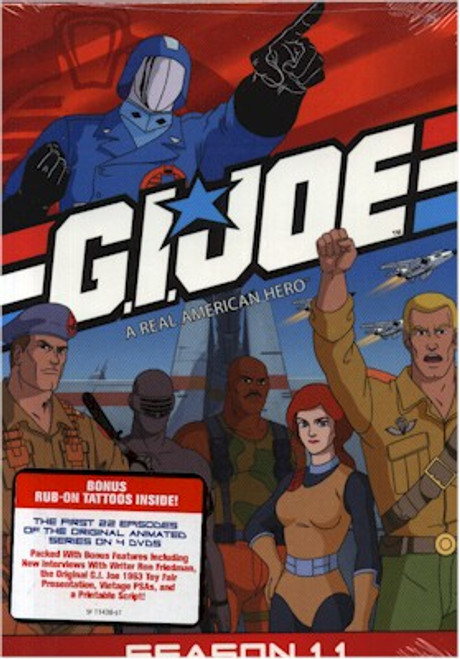 G.I. Joe is the code name for America's daring, highly-trained special missions force. Its purpose: to defend human freedom against Cobra, a ruthless terrorist organization determined to rule the world!

In 1983 Hasbro made a bold statement when it relaunched G.I. Joe as an adventure-based team of unique characters, each with his - and her - own specialties. And because it captured the imaginations and hearts of boys and girls aspiring to make a difference in the world, G.I. Joe: A Real American Hero was an immediate success lasting over 25 incredible years.

Now you can relive the original animated adventures of Duke, Scarlett, Snake Eyes, Flint, Lady Jaye and the rest of the Joe team with this 4-DVD set of G.I. Joe: A Real American Hero, including the first part of the series' inaugural season, and the three annual five-part miniseries that started it all: The M.A.S.S. Device, The Revenge of Cobra and the Pyramid of Darkness.

Ghost In The Shell Wallscroll #297

Ghost In The Shell Innocence Wallscroll #081

Ghost In The Shell Figure #3

Ghost In The Shell Figure #4

Ghost In The Shell Figure #5