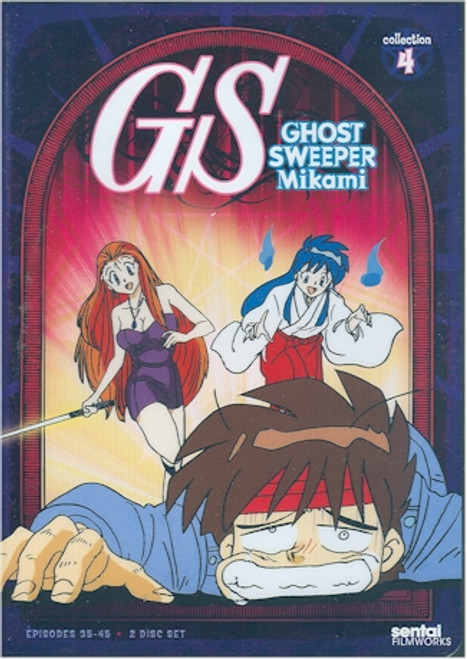 Yes, despite all common logic or sense of self preservation, the Mikami Detective agency continues to ply their occult trade, dousing spirits, vaporizing vapors and generally not giving the supernatural a ghost of a chance. Of course, once you've gotten into this profession, it's really hard to get out, since you're actually busiest when your business is dying. And it further complicates things when some of your staff is officially waaaay past their sell-by date themselves. (That's referring to Okinu, not Tado, who's really still alive; it's just his chances of scoring with Reiko that are dead.) Get ready for yet another set of insane adventures among the Flatlinners and Office Zombies that infest modern Japan as our immortally challenged team of professional spook-chasers take on the most dangerous people no longer alive in the frantic and frenetic fourth collection of GHOST SWEEPER MIKAMI!