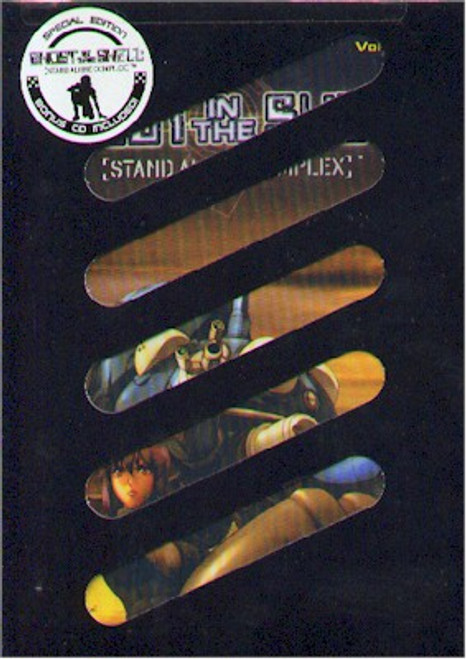 Contains 2 DVDs, and a soundtrack.

On the trail of the Laughing Man!

Section 9 has their hands full with the reappearance of the laughing man, a cyber-terrorist who hasn't been heard from in six years. Aramaki believes that the police's prime suspect is a decoy; he orders his team to look into it. Major Motoko Kusanagi, meanwhile, in response to the Laughing Man's latest threat, is guarding the Police Superintendent-General at a press conference. This will mark the beginning of Section 9's ongoing encounters with the laughing man.

In the meantime, they will also have to capture a foreign revolutionary and put a stop to what looks like an organ smuggling ring. The Major and Section 9 are determined to bring these criminals to justice!